Some of you may know how much I love gardening, flowers, and the fragrance of some flowers and the bounty of colors provided by a beautiful garden.  So we decided to head down to Washington DC to the 98th National Cherry Blossom Festival®.  In a word, wow!  It was beautiful and truthfully some of the blossoms had already fallen, but what we saw was spectacular!

The National Cherry Blossom Festival® annually commemorates the 1912 gift of 3,000 cherry trees from Mayor Yukio Ozaki of Tokyo to the city of Washington, honoring the lasting friendship between the United States and Japan and celebrating the continued close relationship between our two cultures.

In 2012 the Festival will be celebrating the centennial anniversary of the gift of trees.  If you haven’t visited DC during this spectacular time I would highly suggest making the trip!

Of course there is a lot of history in Washington D.C.  Washington, D.C., formally the District of Columbia and commonly referred to as Washington, the District, or simply D.C., is the capital of the United States, founded on July 16, 1790.

There is so much to see while visiting Washington D.C. that you should plan on at least 3 days.  We were thrilled to see a few of the more well knows sites including:

The Capitol Building – The United States Capitol is no doubt the most architecturally impressive buildings I have ever seen.  Begun in 1793, the Capitol has been built, burnt, rebuilt, extended, and restored; today, it stands as a monument not only to its builders but also to the American people and their government.

The Lincoln Memorial is my personal favorite.  For me, standing at the top of this massive, all inspiring memorial looking out at the reflecting pool and the Washington Monument was breathtaking.  As an enduring symbol of freedom, the Lincoln Memorial attracts anyone who seeks inspiration and hope.

The Vietnam Veterans Memorial brought chills to me.  I lost my cousin in the Vietnam War so this was especially heart warming for me.  The silence was somewhat eary yet at the same time was our way of showing respect for our fallen military members.

When you think of visiting a cemetery the word beautiful doesn’t normally come to mind I don’t believe, yet when visiting the Arlington National Cemetery, beautiful was one of the first words that came to our minds.  This is truly metery the most peaceful resting place I have ever visited. As we entered the Memorial Entrance, we were honored to show our respect and thank those that now rest in this cemetery, including:

We have all seen the famous picture of The Flag Raising (the most reproduced photograph in the history of photography) at The Battle of Iwo Jima yet seeing this The Marine Corps War Memorial before me, I again stood in awe.

While we did not get to actually visit The National Air Force Memorial, the spires were another beautiful site.  My father was in the Air Force so for me, seeing these 3 spires reaching upward into the sky had a special meaning.  James Ingo Freed, one of America’s finest architects, gave the nation a design that truly honors the men and women of the Air Force. Featuring three stainless steel spires that soar skyward, the tallest reaching a height of 270 feet, the Memorial’s design is truly representative of flight and the flying spirit of the Air Force. The three spires impart a sense of accomplishment in command of the sky, and evoke the image of the precision “bomb burst” maneuver performed by the United States Air Force Thunderbird Demonstration Team.

The three spires also represent the three core values of the Air Force – integrity first, service before self, and excellence in all that is done – and the Air Force’s total force – active, guard and reserve.

A poem about this soaring “monument to victory” was inspired by these 2006 dedication events. Click here to read and experience this moving tribute to our Nation’s Airmen.

Like I said, there is so much to see in DC.  It is well worth the trip!  As always, I wish you days filled with happiness and “wonder” – take the time to “wonder” what it is that made you smile today! 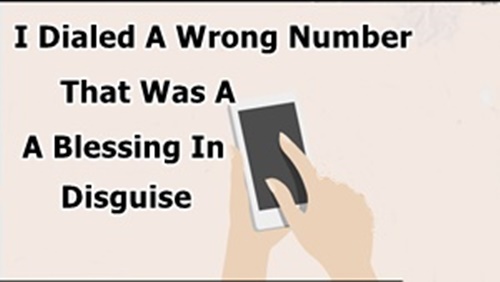 Accessibility, Living This Paralyzed Life, Out & About/Traveling/Vacationing On Foot and On WheelsAugust 27, 2021September 7, 2021