Each time I see a Bald Eagle I stand in amazement and watch as it flys overhead or sits perched in a tree.  While we do not do many of our famous “day-trips” during the winter months, we decided to spend this weekend eagle scouting.  We simply couldn’t resist as our backyard (the lower Hudson Valley) sees more and more eagles each year along the majestic Hudson River.

According to a NYTimes.com article “…last year, Bald Eagles were once plentiful in New York. But by 1976, only one pair of eaglets remained. Environmentalists blamed pesticides, particularly DDT (which was banned in 1972), for interfering with the raptors’ ability to reproduce.

Today, roughly 500 bald eagles winter in New York (they migrate here when the waters begin to freeze in Canada and Nova Scotia), and 143 pairs remain in the state during the summer. Dr. Koontz said that eight pairs had stayed year-round in the lower Hudson Valley.”

With so many places to choose from, we decided to check out the places best known for spotting eagles.  On our list, Croton Point Park in Croton-On-Hudson, NY. While we did not see to many eagles, we did enjoy a great walk (of course we lucked out with Saturday being Spring like with temps nearing 50° F) along the Westchester RiverWalk which is a 51.5 mile pathway paralleling the Hudson River connecting some 14 towns/ villages/municipalities in Westchester.  More details about the Westchester RiverWalk.

On our way out of Croton Point Park we (and many many others) were shocked to see this hawk (we believe a Red Tail Hawk) just sitting in the field.  So many people were walking around him (at a safe distance but none-the-less) and he didn’t move.  I don’t think that was a good sign that he didn’t move or seem to be bothered by everyone lurking around and taking his picture.  Beautiful as he is, I’m fearful he was sick.

Then Sunday morning we went out early (leaving the house by 8:00am is early for us on a Sunday LOL!).  We headed to Fleischmann Pier in Peekskill, NY.

Here we were successful in our eagle scouting adventure!

Then it was off to Charles Point Marina just a short distance down the road from Fleischmann Pier.  There we saw a beautiful eagle perched in the tree! I was so excited! I only wish it wasn’t such an overcast / gray day and the picture was a bit clearer, oh well, it was still a great day!

Then on to my hometown of Verplanck, NY to steamboat dock.  There we were thrilled to see the most eagles we’d seen so far.  We watched as the eagles (about 4 or 5) enjoyed a ride down the river on the ice!

It was a wonderful weekend!

6 thoughts on “Eagles on the Hudson” 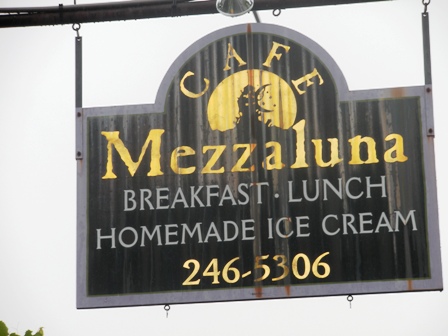 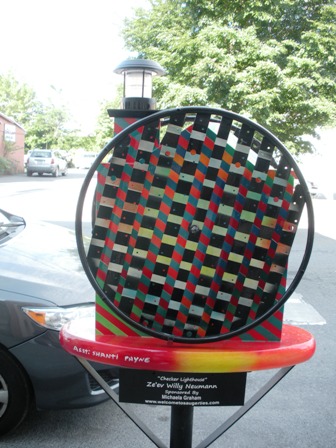